How to Become a Volunteer:

The California International Airshow is a fun way to get involved to help raise money for local charities. While you are working you can feel, hear and see the excitement all around you. We are looking for adults, 18 and older, to volunteer their time to work in the following positions: ticket sales, working admissions, directing traffic, ushering, parking cars and various other positions. We need volunteers to be available for a minimum of 8 hours.

Volunteer of the Year Award

For 15 years, Alice Beck was a fixture during Airshow week.  She coordinated all of the meals for hundreds of volunteers and the prisoners.  Her area became known as “Alices Restaurant”.
The Alice Beck Memorial Volunteer of the Year Award is given to one volunteer that stands out for their dedication towards our event.  This person must have been a volunteer for at least 5 years. 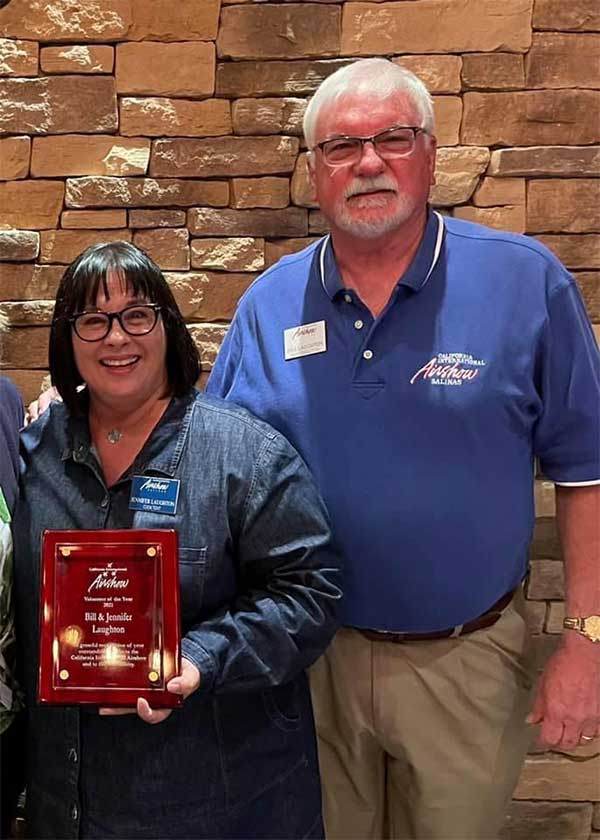 Bill and Jennifer Laughton
2021 Airshow Volunteers of the Year

The Board of Directors of the California International Airshow thank Bill and Jennifer for their incredible contribution each year.