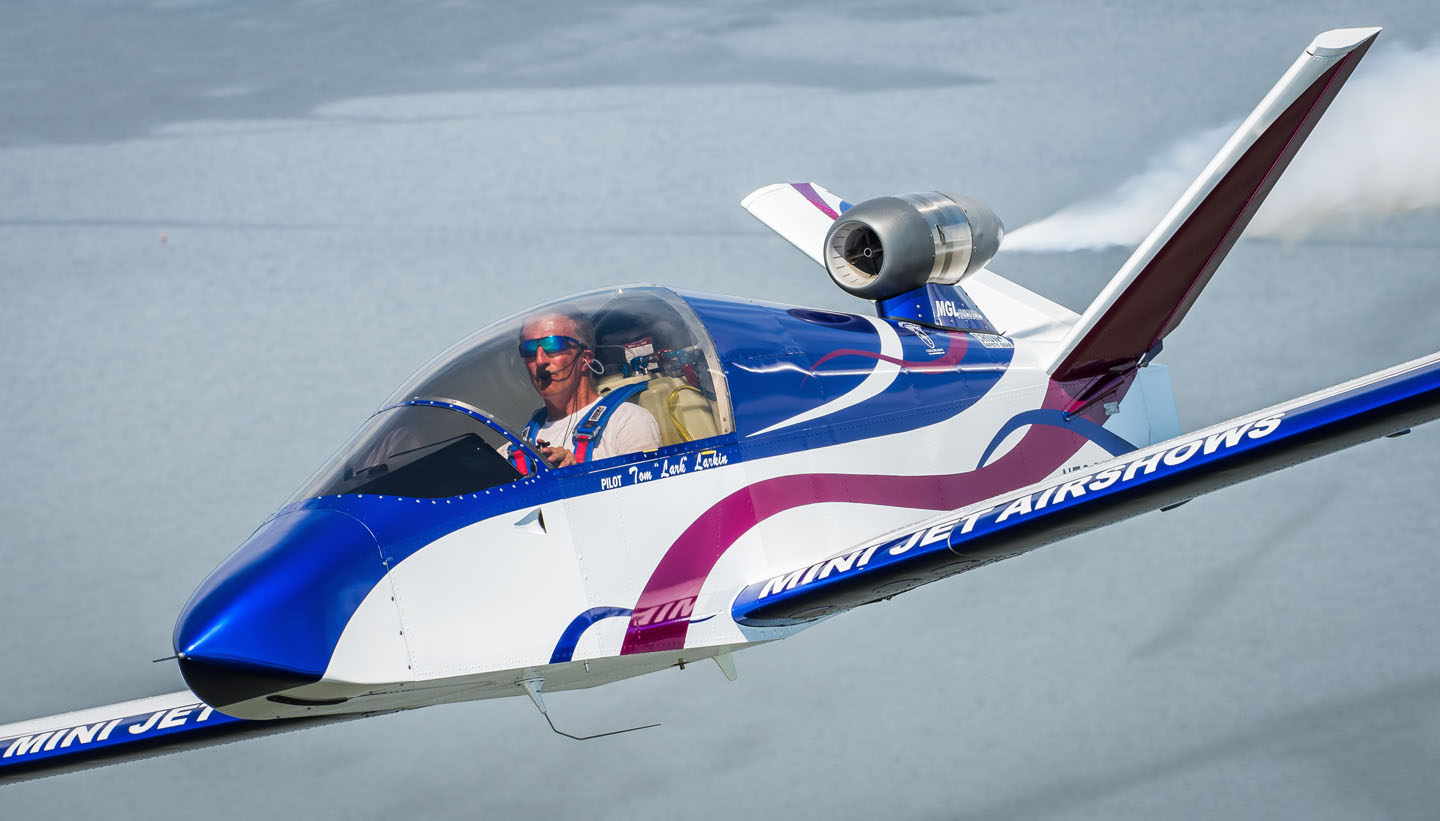 MINI JET AIRSHOWS is a lifelong dream of the pilot Tom “Lark” Larkin. Having watched the BD-5J perform as a child at a local airshow, and then later becoming a fighter pilot, airline pilot, and aerobatic pilot; it was always his dream to do airshows in a “mini” jet.

What started off as a half partnership in an RV-6 with his brother Larry, eventually turned into a Christen Eagle, Panzl, Staudacher, and several other aerobatic aircraft…culminating in the once in a lifetime opportunity to purchase and perform in a SubSonex Jet. At only 500 lbs with speeds up to 300 mph, it puts on one of the most unique and exciting airshows in the country!

Now it’s all about “high energy” airshows and interacting with kids. Stay tuned for an airshow in your area and come see what this amazing little jet can do!