Salinas, CA – March 11th, 2019 When Sean D. Tucker announced in 2019 that he planned on retiring from solo aerobatics after the 2018 airshow season and that his famous red bi-plane, the Oracle Challenger III, would be going to the Smithsonian Air and Space Museum on permanent display, he was already working on putting together an aerobatic team that included Johnny DeGennaro (Johnny D). With the recent addition of female pilot Jessy Panzer, there will be evening more excitement over the skies of Salinas! 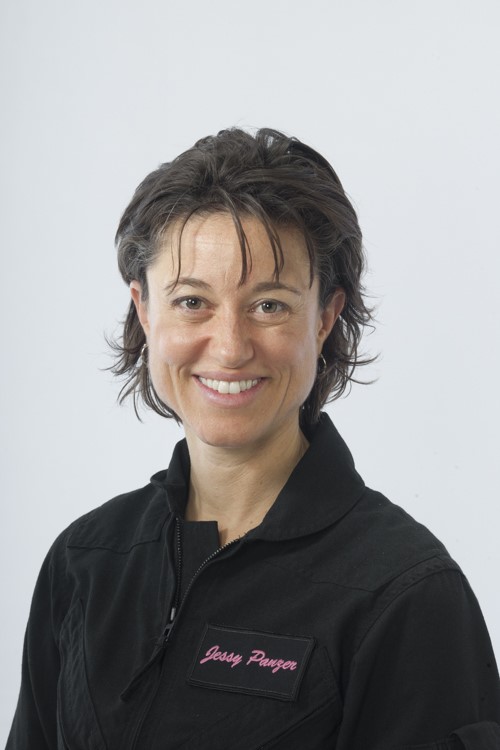 Jessy started flying when she was 18 years old and earned her Aeronautical Science degree at Embry-Riddle Aeronautical University in Prescott, Arizona. She is a certified flight instructor in airplanes, rotorcraft and seaplanes. Jessy has been employed as a corporate pilot for most of her career, while actively pursuing her passion for aerobatics and sport aircraft flying.

Competition aerobatics for Jessy started in 2000, and has continued when she made the 2012 U.S. Advanced Aerobatic Team.

A few of Jessy’s airshow accomplishments include participating as a member of the 2005 Stars of Tomorrow formation aerobatic team and performing solo at venues across the country. In addition, to aerobatic competition and airshows is also a certified Air Racer in the sport class at Reno, Nevada at which she placed 3rd this past September.

The California International Airshow will be held March 23rd and 24th, 2019 at  Salinas Municipal Airport. The show will feature the US Navy Blue Angels, who will be landing and flying from the Salinas Municipal Airport. Tickets are on sale now. For more information regarding the 2019 show, log on to www.salinasairshow.com. The California International Airshow has provided outstanding entertainment on the Central Coast for 39 years and has raised over $8 million dollars for local charities. For more information call the Airshow office at (831) 754-1983