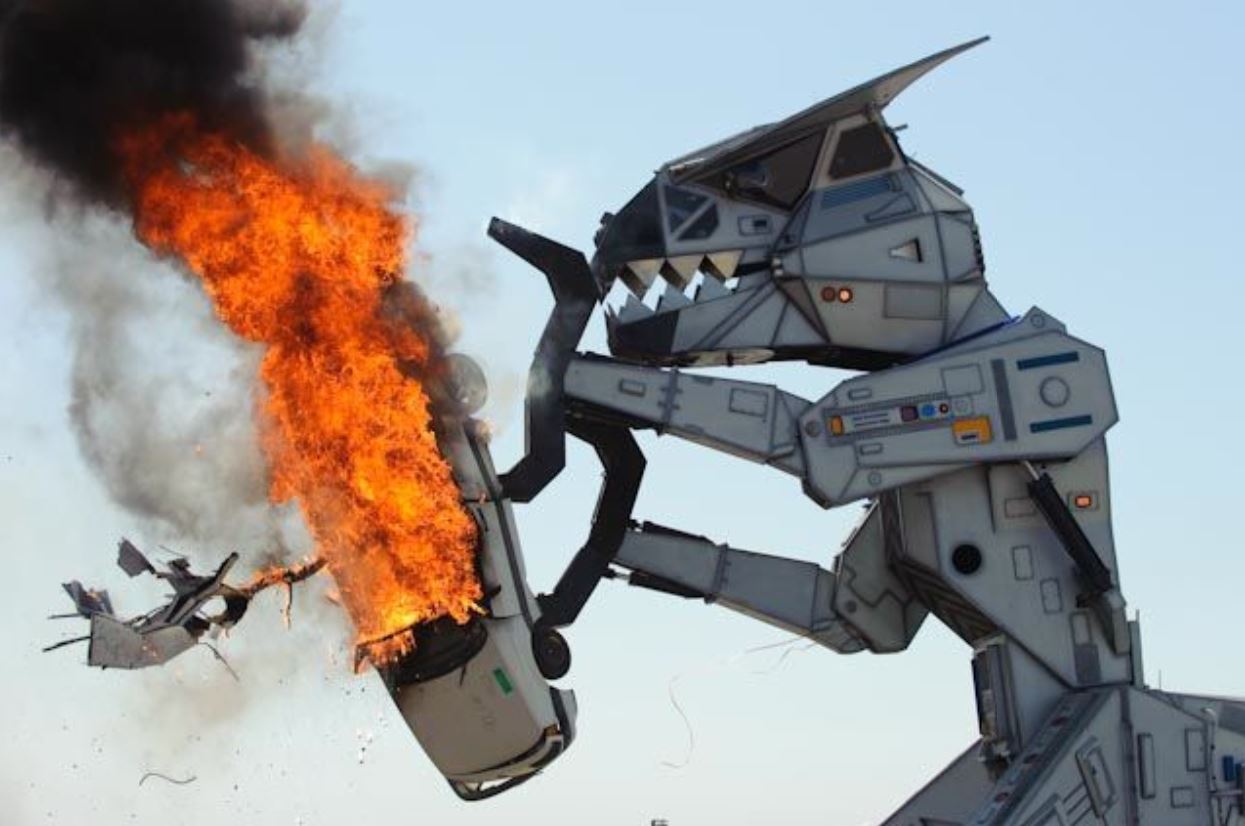 Adults and children alike love the ferocious spectacle that is Robosaurus. The 30-ton, fire-breathing, transforming T-Rex that eats cars and planes for an afternoon snack! When not performing, Robosaurus travels the country in disguise as a semi-truck, but when its time to perform, he transforms in a 40-foot metal dinosaur with raw power that dwarfs even his pre-historic ancestors. Robosaurus has been known to shoot 20-foot flames from his flaring nostrils and has a jaw that can crush a staggering 28,000 pounds of pressure per square inch.

The California International Airshow will be held March 23rd and 24th, 2019 at the Salinas Municipal Airport. The show will feature the US Navy Blue Angels, who will be landing and flying from the Salinas Municipal Airport. Tickets are on sale now. For more information regarding the 2019 show, log on to www.salinasairshow.com. The California International Airshow has provided outstanding entertainment on the Central Coast for 39 years and has raised over $8 million dollars for local charities. For more information call the Airshow office at (831) 754-1983