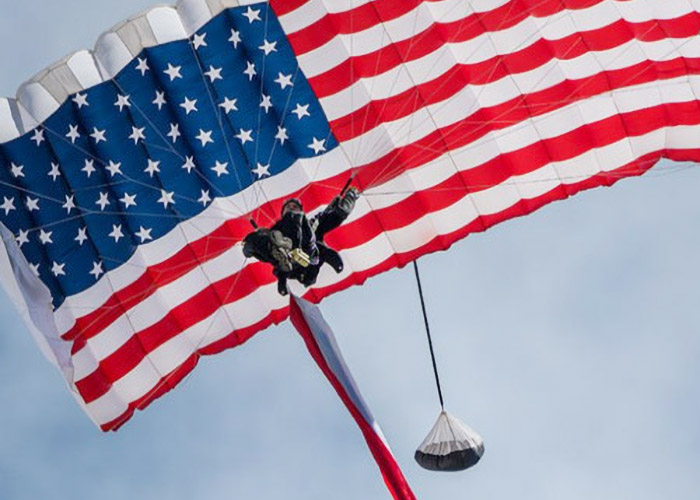 Jess Rodriguez a local resident (jumping in the American Flag Canopy) has performed from for such events as San Francisco Giants into AT&T Park Stadium, Pebble Beach Pro-Am Golf Tour, Laguna Seca Raceway. He even made a jump as “Sharkie” for the San Jose Sharks for a TV commercial.

With more than 12,500 jumps he is an Instructor/Examiner for both civilian and military personnel. As a current Military contractor Jess has trained numerous Special Forces teams and Special Warfare Operations and Operators.

Tandem jumping is so popular that former Senator Bruce McPherson went on a Tandem Skydive with Jess. He also took an 89 years young passenger that loved the experience so much and said after a safe and soft landing, “Now I know why the birds sing”.