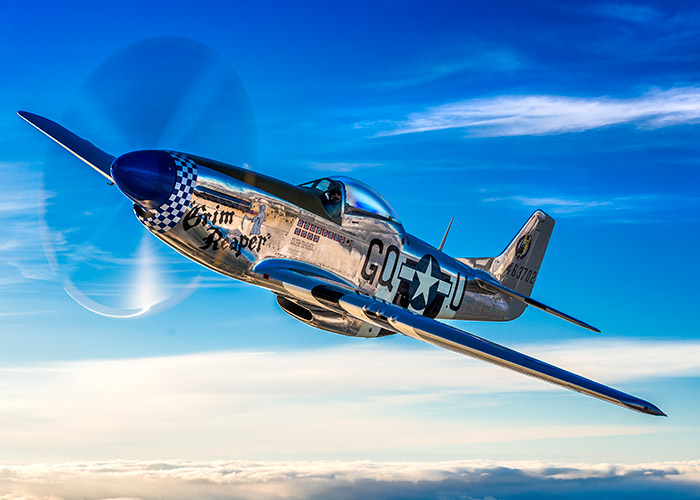 A veteran of World War II and the Korean War, North American Aviation’s P-51 Mustang was the first U.S. built fighter airplane to push its nose over Europe after the fall of France.

Although first designed for the British as a medium-altitude fighter, the Mustang excelled in strafing runs making a name for itself by destroying trains, ships and enemy installations in Western Europe.

The Mustang is most commonly know for its high altitude escorts of long range bombers deep into Nazi occupied Europe and easily recognized by the roar of its Rolls Royce / Packard built Merlin V-12 liquid-cooled engine.