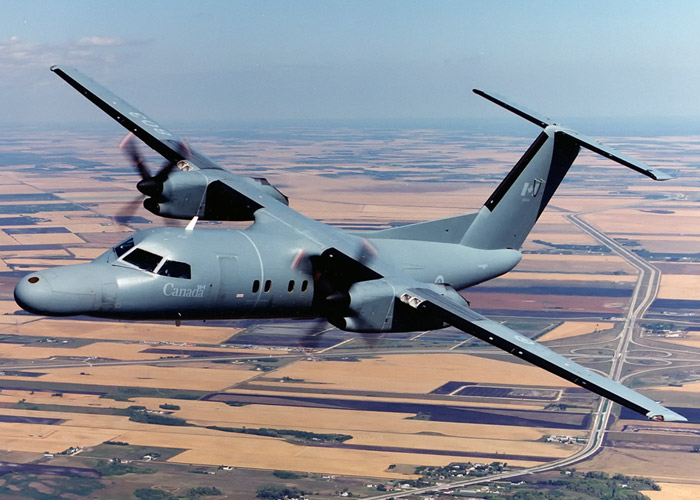 Designed and produced in Canada, the CT-142 is a conversion of the popular twin turboprop Dash-8 airliner. It was adapted for navigation training by Bombardier, Inc. in the late 1980s.

Air Combat Systems Officers and Airborne Electronic Sensor Operators from the Royal Canadian Air Force and from other Air Forces around the world are trained on this turboprop aircraft flown by 402 Squadron. Navigation, Tactics, Surveillance, and Search and Rescue are some of the instructed capabilities. The CT-142 employs a suite of on-board training computers, as well as a large radar system that is housed in its long nose, earning this aircraft the nickname “Gonzo”.

The 2017 California International Airshow is again the proud host of the Canadian Forces and pleased to present the RCAF Dash 8 twin-engine turbo-prop demonstration flight.