Mark Peterson and the Alpha Jet 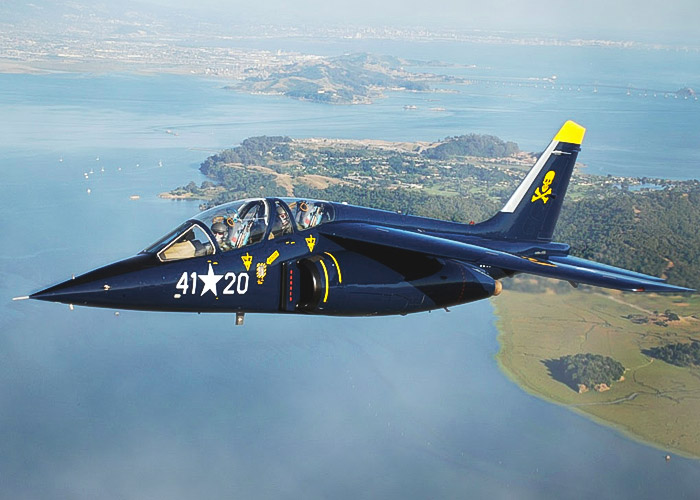 Mark started flying at the age of six in a Piper Cherokee Arrow. The aviation bug bit early and bit hard. Mark’s father Ed was a B-24 Liberator pilot during World War II and flew 29 missions for the Army Air Corps in the European Theater. After returning to civilian life, Ed found ways to keep aviation in his business and personal life. As a result, Mark grew up surrounded by aviation.

Mark soloed at age 16 and received his private pilot’s license at 17. Since then, he has flown over 35 different types of aircraft and accumulated over 4500 hours of flight time and an ATP Certificate.

Owning and flying P-51 Mustangs and Classic Jets has been a dream of Mark’s since he was a child. Like many children with the aviation bug, Mark built P-51 models and dreamed of flying the Mustang one day. In November of 2005, Mark was fortunate to acquire a P-51 Mustang. Since then, Mark has accumulated over 500 hours in the P-51 and strengthened his love and admiration for the aircraft.

In 2007, Mark acquired a Dornier Alpha Jet and has worked to refine his skills in high performance jet fighters.

Someone once told Mark that you don’t ever really “own” a Mustang or any warbird. You are just lucky enough to take care of one for the next generation. He was also told that flying a P-51 was like flying a National Monument. Great care and absolute dedication are required. Mark has taken this responsibility to heart and cares for the Mustang with all the honor and dedication she deserves.