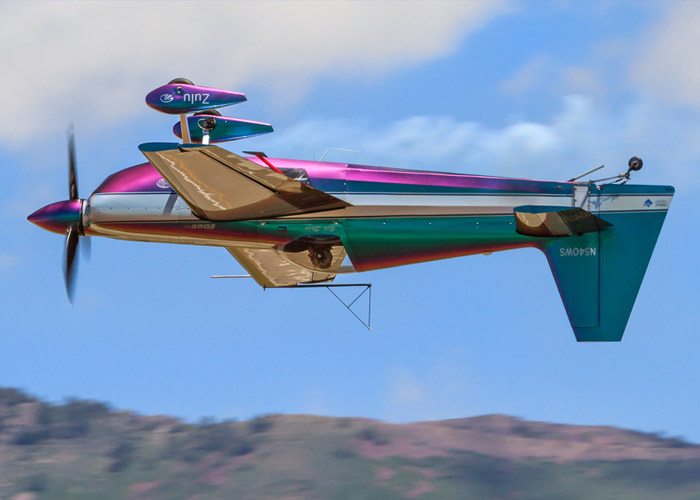 Bill Stein has logged over 5,000 hours of aerobatic and formation flight. Bill began flying aerobatics when he was still a student pilot and has been dedicated to perfecting his skills ever since.  Since 1995 Bill has performed at air shows all across the United States and has entertained millions air show fans.

Bill’s passion for precision flying is evident in his dazzling air show routine.  He trains every day so that his skills stay razor sharp, and to maintain the all-out energy and excitement he puts into his air show sequence.  Bill’s experience includes competitive aerobatics and years of flying on the world famous Red Baron Stearman Squadron. Bill also gives back to the air show community by mentoring new air show pilots including coaching the “Stars of Tomorrow” team which have performed at many prestigious air shows including the EAA AirVenture Air Show.

The 2017 California International Airshow is proud to host Bill and his state-of-the-art Zivko Edge 540.